A democratic, united Europe needs our votes and our voices. 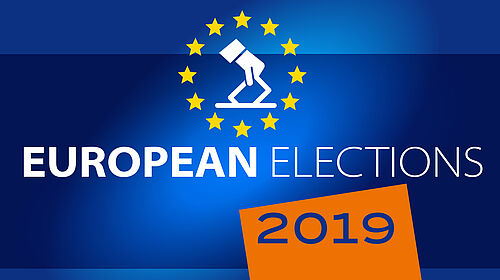 The Big Dutchman Board of Management has asked the group’s employees to vote in the 2019 European Parliament elections. All staff received the following message:

European elections are held every five years and in less than two weeks, we will elect the 9th European Parliament. Today, we would like to invite you cast your vote in these elections! Either by post or in person on Election Day.

There are many good reasons to go to the polls. Voting is our great privilege and everyone’s right. Voting means accepting responsibility. Not voting means that only the others get to decide.

Europe might have its deficiencies, but we can be proud of what has been achieved so far: Hardly any European citizen living today has ever had greater freedom than today; hardly any European has ever lived in greater prosperity before – a great accomplishment!

Five hundred million Europeans, who belong to 28 nations with 20 national languages that have developed over hundreds and thousands of years, created a union of their own free will and independent of foreign forces: this is unique in the world’s history.

“Europe is the best idea we have ever had.” This is how the European Heads of State summarise their joint call ahead of the European elections 2019, which was published recently. We entirely agree with this call.

A democratic, united Europe needs our votes and our voices. It is therefore essential that you cast your vote! Also encourage family, friends, neighbours and colleagues to go to the polls! Our future in peace and freedom is at stake. It’s a matter of our common European home.