An innovative housing concept for pigs

havito®: the welfare barn with solid flooring for piglet rearing and pig finishing

It’s all in the name in pig production: havito means ‘toilet’ in Esperanto, but also contains the Latin words ‘habitaculo’ and ‘vita,’ meaning ‘home’ and ‘domicile and life,’ respectively. 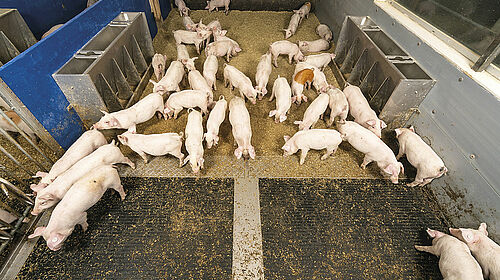 It’s all in the name in pig production: havito means ‘toilet’ in Esperanto, but also contains the Latin words ‘habitaculo’ and ‘vita,’ meaning ‘home’ and ‘domicile and life,’ respectively.

Pens without slatted floors and slurry pits, but with littered lying areas and a comfortable climate: what sounds like a vision of the future has already been introduced to the market by Big Dutchman with the new havito housing concept and the PigT pig toilet.

In this interview, Big Dutchman product manager Dr. Birgit Hinrichs, who is responsible for the concept together with her team, provides detailed information about the welfare barn.

What is so special about this housing concept?

Birgit Hinrichs: Instead of a slatted floor, havito offers the pigs a solid floor, dispensing with the traditional slurry system. The alternative provided by havito is a special toilet.

[A video linked below shows how this works in the barn.]

Can you tell us about the concept’s story of origin?

Birgit Hinrichs: The general idea was first devised in Brandenburg, Eastern Germany, by an inventive genius of a farmer, who came up with the foundation. Towards the end of 2017, we picked up the baton and fine-tuned the idea extensively.

Big Dutchman holds the rights to the system and its technology. We also patented havito and PigT.

Is there a model barn to see the concept in practice?

Birgit Hinrichs: Yes, there is. The agricultural centre Landwirtschaftszentrum Eichhof in Bad Hersfeld, Germany, has equipped nearly 100 piglet places with our housing concept. From a special room, visitors can watch how much the pigs like havito and PigT. 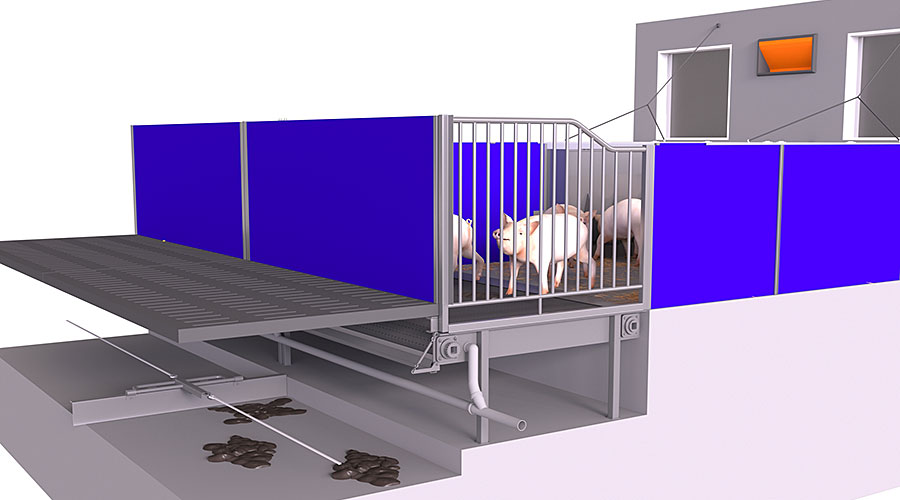 The PigT pig toilet was awarded a silver innovation medal during EuroTier 2018.

Birgit Hinrichs: Every pen contains a “dining room”, a “bedroom”, a “playroom” and of course the “bathroom” with toilet. More accurately, these “rooms” are functional areas, which make up what we call a “structured finishing pen”.

How is the “bedroom” designed?

Birgit Hinrichs: The lying area is located at the rear end of the pen. A cover makes the area slightly darker and ensures comfortable temperatures.

This area is as far away as possible from the toilet. Pigs like to sleep most of the day and prefer not to smell their own excrements while doing so.

What about the “dining room” and the “playroom”?

Birgit Hinrichs: The feeders and the “playroom” are located between the lying area and the “toilet”. The pigs can eat and have access to enrichment material there.

The enrichment material can be straw, maize or hay, but also feed that drops onto the floor. With their snouts, the pigs move the material around on the floor, chew on it or eat it. This is very similar to their natural behaviour of rooting for feed and promotes animal welfare. 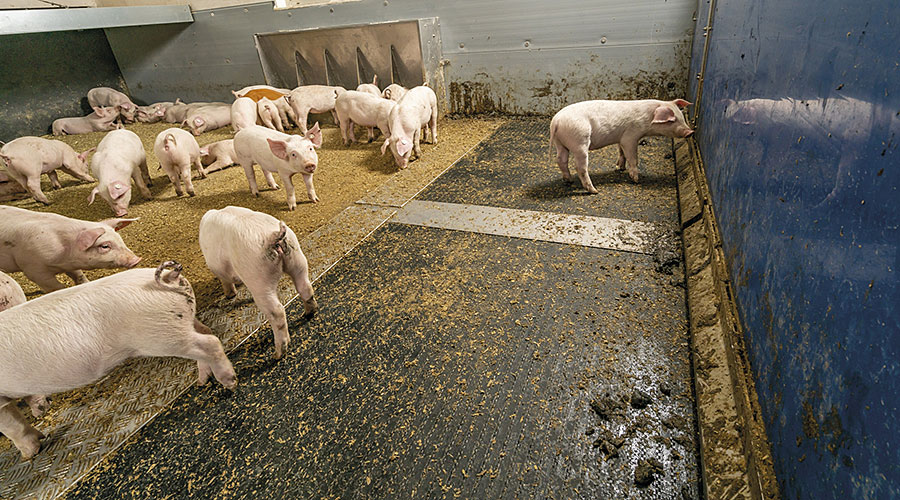 PigT in use: a special plastic floor separates faeces and urine immediately after excretion.

Birgit Hinrichs: At first glance, it looks like a standard rubber mat. However, PigT is actually a very clever “lavatory”.

What does that mean, exactly?

Birgit Hinrichs: The mat is a step-access conveyor belt with slits, separating the urine from the faeces. A pan below the belt collects the urine, while the belt removes the faeces from the pen into a collection channel at intervals.

This means that the ammonia concentrations in the air drop to a minimum, significantly reducing emissions in the vicinity of pig houses – a topic that has recently been much discussed by the public. And last but not least, clean air increases animal welfare.

How do the pigs know that they need to do their “business” in a specific area of the pen?

Birgit Hinrichs: Pigs like to set up their “toilets” near neighbouring pens or close to wet spots. We have therefore designed open pen walls and equipped these walls with water sources.

The design is partially based on experiences we gained in a test barn. 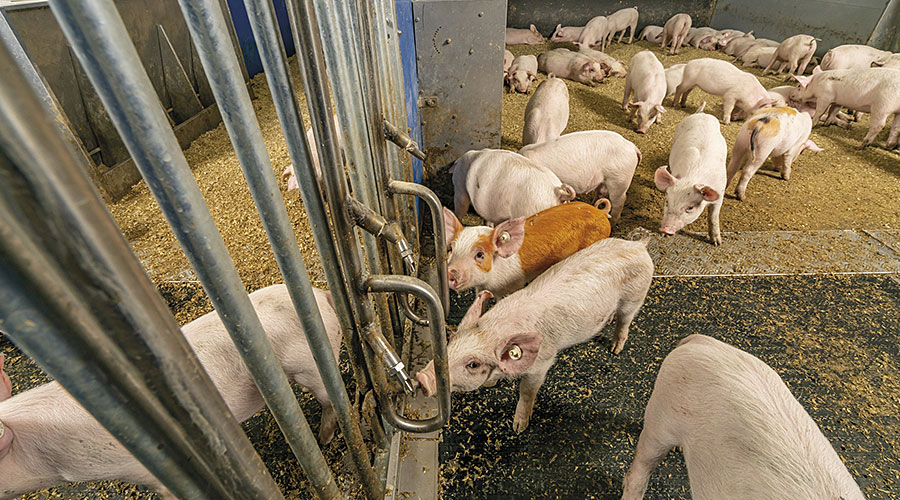 The correct neighbourhood and moisture encourage pigs to do their “business” in the right place.

Which state do the excrements have in the havito barn?

Birgit Hinrichs: First tests have shown that the faeces, including the remaining litter, are relatively dry and contain most of the nutrients. They also do not need to be separated. The liquid proportion consists of the urine and water and contains few nutrients.

What lies in the concept’s future? Are there more barns planned?

Birgit Hinrichs: Yes. We are currently equipping a barn with the havito system. Another project is in the bag, but without piglet rearing in this case, i.e. pig finishing only.

A rolling stone gathers no moss – does this saying also apply to the havito engineers?

Birgit Hinrichs: Definitely. The system is being well accepted, so why would we just twiddle our thumbs now? Especially considering we immediately asked ourselves if it would be possible to adapt the havito idea for sow management.

And this has not remained the only question. Together with feed producer Bröring from Dinklage, we are planning a research barn and will start construction in two to three months. The barn is set to start operating next spring.

Is this the first cooperation with Bröring?

Birgit Hinrichs: No. We worked together very closely for the Xaletto straw bedding concept and actively cooperate regarding the Culina feeding system for suckling pigs. So this is definitely a partnership that has been very fruitful.

What is so special about the havito concept for sow management?

Birgit Hinrichs: The birth-to-finish approach. Sows and piglets live together in the pen. The young pigs are born there and stay in their environment until they are ready for slaughter. The sows, however, are moved after weaning.

We are very excited and looking forward to this project.