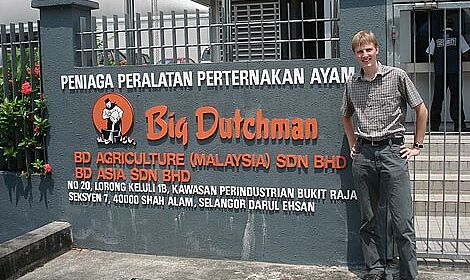 After work, a trip to the Petrona Twin Towers in Kuala Lumpur - from 1998 till 2004 the two highest towers of the world. 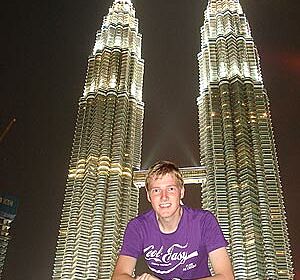 Just as exciting, but very much colder: The Niagara Falls on the border between New York State and the Canadian province of Ontario. 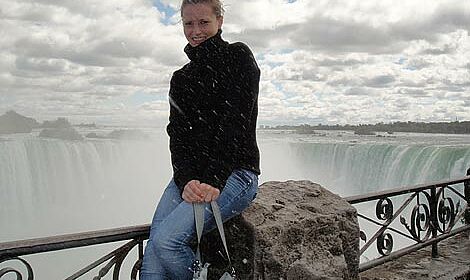 A weekend trip to Chicago 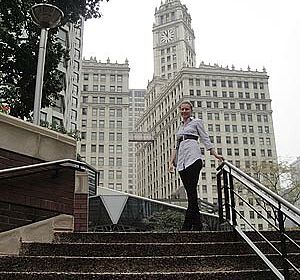 Nice colleagues form the best basis imaginable for a successful internship, as Christian Sauer (centre) is well aware. Here we see the Malaysian team, which - as was also the case in the USA – was... 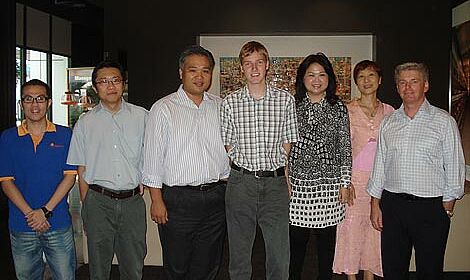 After work, a trip to the Petrona Twin Towers in Kuala Lumpur - from 1998 till 2004 the two highest towers of the world.

Just as exciting, but very much colder: The Niagara Falls on the border between New York State and the Canadian province of Ontario.

A weekend trip to Chicago

Nice colleagues form the best basis imaginable for a successful internship, as Christian Sauer (centre) is well aware. Here we see the Malaysian team, which - as was also the case in the USA – was...

“A very special highlight, not only with regard to my trainee programme at Big Dutchman, but also in the context of my whole life!” Furthermore: “That was the most exciting time I have ever spent and a period which I will never forget!“ The first hand reports from the Big Dutchman trainees Natalia Krieger and Christian Sauer about their internships in two of the companies subsidiaries in South East Asia and in North America both reflect a very similar tone. Indeed many aspects are almost identical. However the locations are very different, oceans apart in fact and also separated by various climate zones and, of course, thousands of kilometers – approximately 15,000 to be precise.

Moving on to new pastures

Natalia Krieger, who is participating in a dual study programme to qualify as an industrial engineer, spent her six week internship at Big Dutchman USA in Holland, Michigan. In the context of the American scale of things, only a stone’s throw away from Chicago and not far from the Canadian border. Trainee colleague and future mechanical engineer Christian Sauer found himself on the other side of the globe in a significantly warmer climate. His work place was Big Dutchman Asia in the direct vicinity of Kuala Lumpur, in the town of Shah Alam, in Malaysia.

The unique personal and professional experience enjoyed by these two youngsters, and which they obviously would not have wanted to miss for anything in the world, are the result of two in-house internships. These were offered by Big Dutchman for the first time. “Big Dutchman is a global player. Therefore we would also like this to be reflected in our trainee programme”, says Melanie Wilke, responsible for traineeships at Big Dutchman, by way of explanation for this new system of offering internships abroad.

“Furthermore, the young people take their cultural background with them to the foreign country and bring back their impressions of another kind of thinking and working. This forms a connecting link and brings the Big Dutchman family closer together despite the enormous distances which separate us geographically”, adds Melanie Wilke with reference to the other positive side effects.

The experience was almost free of charge for the trainees because Big Dutchman paid for their flights and accommodation. Nevertheless it wasn’t just a simple question of boarding a plane: Competition for these two internships was extremely stiff. In addition to a good performance at school and on the training programme, an outstanding application with a good cover letter explaining the motivation behind their interest were required in order to convince the jury.

Although North America and South East Asia are popular holidays destinations for Germans – for the trainees work was in the focus of  their stay at the subsidiary companies. In Holland as well as in Shah Alam, the trainees were fully integrated in the working process by their colleagues and were also expected to make their full contribution. “And that, of course, was exactly the intention of the project“, the training manager grins as she reports on the positive development.

Positive indeed for both sides, as the first hand reports reflect: photocopying and making coffee were not part of their duties; instead they had the opportunity to work independently on interesting projects and tasks. Natalia Krieger, for example, carried out a comparison of the German and the American after sales service and extracted the best of both worlds, specially geared to suit the American structures. “The complete project, right through from the initial research until the conclusion was subsequently documented by me in a project file and also presented by me”, explains the budding industrial engineer, conveying her pleasure in this exciting task. Christian Sauer was able to apply his first mechanical engineering knowledge gained in training and at university very successfully in his work.

The globe trotters also talked very enthusiastically about their colleagues who were always pleased to offer their help and support as well as to show Natalia the American and Christian the Malaysian “way of life”: “I was particularly impressed by the very helpful and friendly people“, the budding mechanical engineer summed up his positive experiences. “It was a pleasure for me to work together with the American colleagues”, Natalia Krieger concluded.

First work – and then pleasure

Last, but not least  trips to famous sights like the Niagara Falls or - on the other side of the globe - the paradise-like sandy beaches  which many of us only know from exotic post cards have naturally also triggered a certain euphoria. All in all, the saying is also true for foreign interns: First work - and  then pleasure. A saying which Natalia Krieger und Christian Sauer knew how to implement….

Now the cards are being re-shuffled for the next round

“The internships abroad were a total success for all concerned. So we will be repeating the project next year”, said Melanie Wilke explaining the plans for the future. “After hearing such enthusiastic reports, the next candidates are getting ready to submit their applications.”
Back