MagixX: exhaust air treatment, pig finishing and the scent of the woods

Third filter bank. The final cleaning stage consists of root timber and is used for microbial transformation of the odour-carrying agents.

The energy-efficient MagixX pump in use. 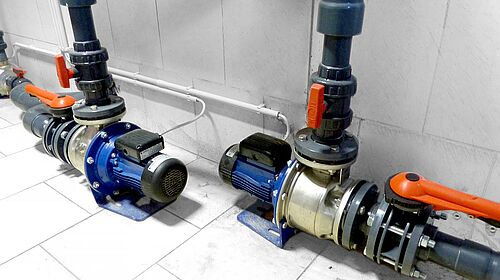 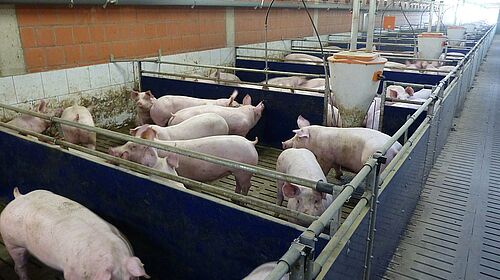 Third filter bank. The final cleaning stage consists of root timber and is used for microbial transformation of the odour-carrying agents.

The energy-efficient MagixX pump in use.

“This barn houses 1,000 pigs – and the exhaust air smells like the woods!” farmer Arno Usselmann from Bersenbrück in Northern Germany says happily about his Big Dutchman exhaust air washer MagixX. The system filters up to 80 % of odour emissions. The other achievements of MagixX are not to be disregarded, either. The renowned DLG SignumTest showed an average ammonia separation rate of 84 % and a separation rate of up to 94 % for dust particles during the summer. Since 2016, MagixX has also been helping with saving money. Farmers can significantly reduce energy costs by investing in the new pump technology.

When Usselmann started planning his new pig finishing house, it soon became clear that he would need to install an exhaust air treatment system. Predominantly westerly winds blow the exhaust air directly into two residential areas near his farm. The authorities therefore demanded a filter unit.

Usselmann looked at several systems installed at fellow farmers’ barns before his construction started in 2013. In the direct comparison, the concept of the Big Dutchman exhaust air washer convinced him, so he selected MagixX for his new pig house. Usselmann had several reasons for this decision: In contrast to many other exhaust air washers, the Big Dutchman system is installed at ground level. Daily inspection is thus completed much quicker and does not require any additional means such as a ladder. The recommended three-monthly cleaning of the system is also done comparatively quickly. The farmer can furthermore step into all parts of MagixX and easily monitor the processes.

The washer consists of three filter stages and requires the exhaust air to be extracted centrally. Before leaving the barn, the exhaust air passes through the first filter bank, where water flows constantly from the bank’s top to the bottom and into a water basin. In the second stage, an additional filter bank is sprayed with sulphurous acid to wash out the ammonia components into another water basin. When the exhaust air has passed through the third, biological cleaning stage, odours are hardly perceptible. The welcome side effect: The farmer can use the recirculating wash water and spread it on his fields as high-quality chemical fertiliser.

Usselmann retrofitted his washer with the new pump technology last year and has saved much money since then. The new pumps use approximately 50 % less energy, with the corresponding positive effect on the farm’s expenses. The technology furthermore amortizes within less than two years.

Most of the electricity required by the exhaust air treatment system is consumed by the two circulation pumps. These pumps are constantly in operation and spray and sprinkle the filter banks in the washer.

The entire project started when the family was discussing how to make their farm ready for the future in 2010. The result of these discussions: Usselmann replaced the old finishing house with a new one. Together with his father Heinrich and one employee, the farmer from Bersenbrück now has three barns housing a total of 3,500 pigs and furthermore cultivates 130 hectares of arable land. Most of this land, 75 hectares, is used to grow potatoes. The new barn is entirely equipped with Big Dutchman products: from the silo technology to the feeding systems, from the pig equipment to the pig house management.

Arno Usselmann is very happy with the Big Dutchman technology. As the digitalisation of workflows has not stopped at family-owned farms, a computer is responsible for pig climate control and feeding systems in his pig house.

For the future, Usselmann plans to operate all equipment with one software from his PC or tablet. His dream will be fulfilled with the BigFarmNet technology – and he will also be able to view much other information, for example the feed consumption, in a very concise manner. All necessary tools have already been installed in his barn for this purpose. The last step is laying a network cable.