Broiler production: “I am happy, my birds are happy” 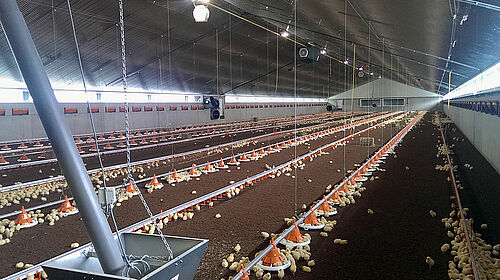 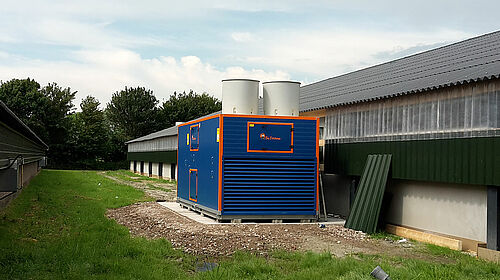 The filter unit ensures that dust is removed from the exhaust air before it enters the heat exchanger. 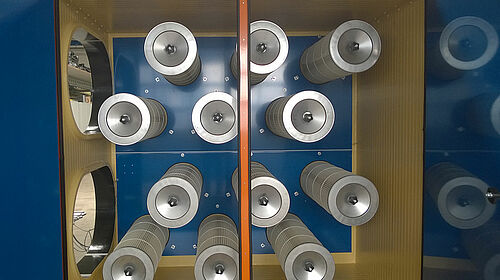 Beginning of a batch: the chicks get used to their new environment. 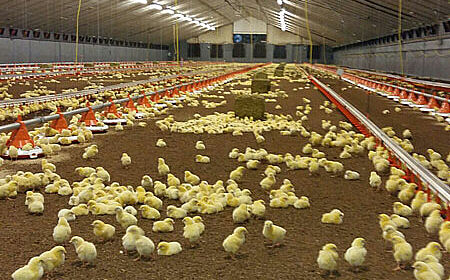 Switched perspectives during the open house: beach scene in the visitor’s room

The filter unit ensures that dust is removed from the exhaust air before it enters the heat exchanger.

Beginning of a batch: the chicks get used to their new environment.

Switched perspectives during the open house: beach scene in the visitor’s room

Hendrik Huisman from Molkwerum in the Dutch province of Friesland can finally call three fully functional poultry houses his own again. Unwillingly, the farmer had to take a break from broiler production because of a devastating fire at the beginning of 2015. One of his barns was fully destroyed, another had been completely wrecked by the water used to fight the fire. As a consequence, Huisman decided to go the whole hog: he reconstructed the burnt-down house and completely renovated the other two.

All three barns have been back in operation since June. Huisman keeps around 100,000 broilers on his farm. “I am happy and my birds are happy,” summarises Huisman after the first batches.

Compliance with Dutch emission regulation BWL 2011.02 was required to receive a permit for the new barns. For Huisman, this meant achieving a fine dust separation rate of no less than 31 % in one of his barns.

The original idea during planning was to use two heat exchangers of the type Earny. Earny has many talents: the heat exchanger saves gas to create comfortable temperatures at low costs, it significantly improves the house climate, verifiably reduces ammonia and odours – and separates dust emissions very efficiently.

However, Huisman and the Big Dutchman engineers immediately agreed that two heat exchangers are one too many. So the engineers started working. “In the end, we had one new, large model,” explains the poultry manager. ‘Larger’, however, only refers to the performance. The dimensions of the compact and ready-for-installation system remained the same.

The enhanced Earny model was named Jumbo for good reason: with an air capacity of about 40,000 m3/h, Jumbo filters nearly twice as much air as the standard Earny model and is designed for an exhaust air rate of 1 m3 per bird per hour.

By selecting the Vista 360 feed pan, Hendrik Huisman chose another Big Dutchman innovation. In contrast to other feed pans available from the poultry equipment supplier, this new pan does not have a grille. Other proven features, such as the patented 360° flooding mechanism and the large, curved pan rim that helps to avoid feed wastage, have been included in the Vista 360 design. The pan bottom can be opened easily, allowing thorough cleaning of the feed pan.

Big Dutchman agency Frilim B.V. from the Netherlands was in charge of supplying the Big Dutchman poultry equipment used in this impressive project. Many Dutch farmers know the experts from Frilim to be a competent and reliable partner of the German poultry equipment supplier. Click here for details on product portfolio, other projects and for more information.