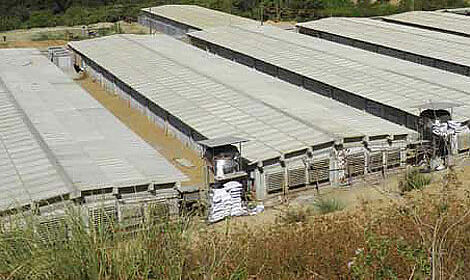 The Northern Philippines experience very hot temperatures and pounding typhoons each year – not ideal conditions for raising pigs. Venvi Agro’s 2,400 sow farm in San Nicolas, Ilocos Norte Province, however, has managed to get around nature by putting their animals in environmentally controlled houses and has begun to reap awards. The pig climate control systems for one of the most modern farms in the country have been supplied by Big Dutchman.

Venvi Agro’s remarkable performance, noted PIC manager Dr. Adrian Carlos, can be attributed largely to the type of housing in the farm. “We are really seeing good numbers here and the main reason for that is the climate controlled housing”, he said. “All our multiplier units are using the same genetics and the same nutrition, and many of our other units are performing very well. However, with Venvi Agro’s tunnel ventilated housing, the pigs have really been able to express their genetic potential.”  (…) 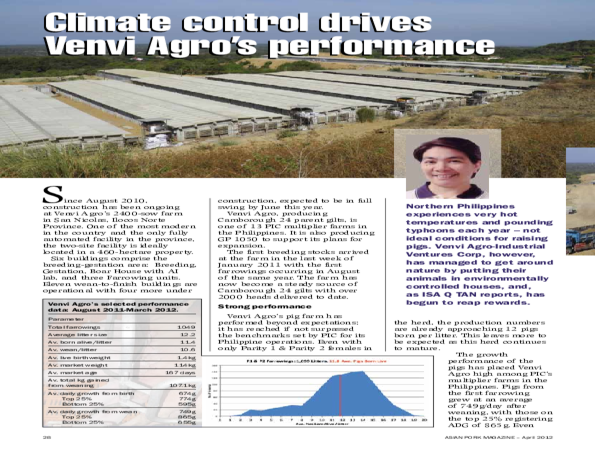