Laying hens in front of their nests 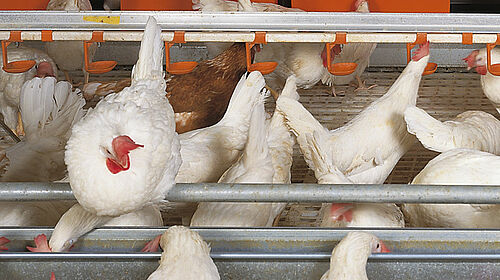 Laying hens in front of their nests

Canadian egg producers are facing a great adjustment. The shift from traditional egg production systems to other types of management is a done deal. In view of this new era for egg producers, the Neveu family from the F. & F. Inc. farm in Casselman, approximately 150 kilometres west of Montreal, has decided to make the change and start with free range egg production. The first of two new houses is nearly ready for population and will be inaugurated with an Open House event on Friday, July 14th, 2017. The poultry equipment was supplied by Big Dutchman.

The French-language platform www.journalagricom.ca has more details on this interesting project. The Open House is organized by feed supplier MacEween Agricentre Inc. from Maxville, ON.

The Neveu family and organizer MacEwen Agricentre Inc. invite visitors to take a look at the new house between 10 a.m. and 3 p.m.