A Storm of Success

BD Asia: The largest and most modern location of the family-owned company based in Vechta, Germany, can now be found in Malaysia 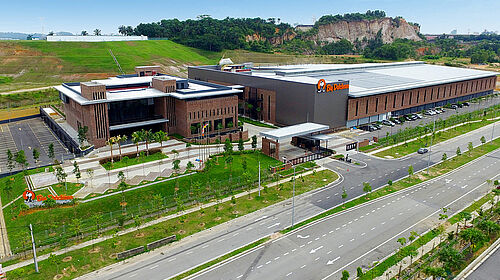 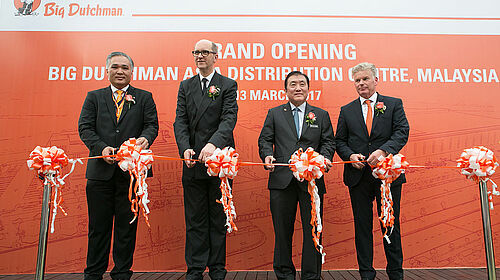 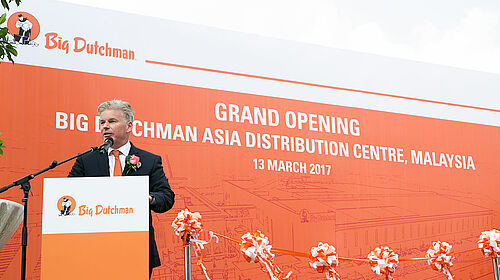 Part of the official inauguration ceremonies was a spectacular lion dance. 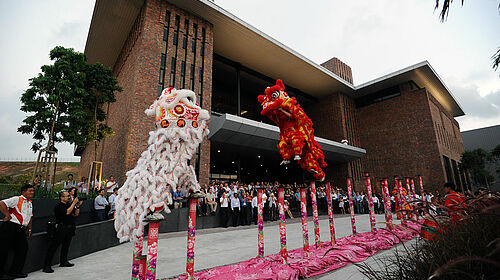 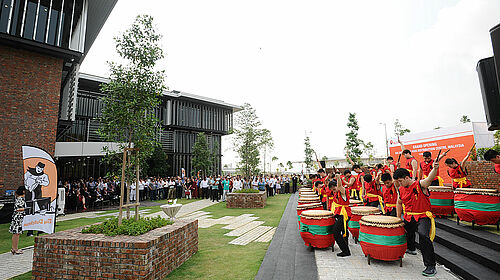 Big Dutchman treats the guests to an inauguration dinner 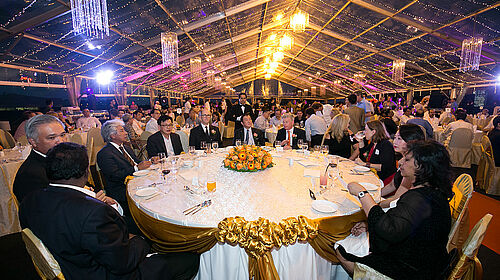 BD Asia: The largest and most modern location of the family-owned company based in Vechta, Germany, can now be found in Malaysia

Part of the official inauguration ceremonies was a spectacular lion dance.

Big Dutchman treats the guests to an inauguration dinner

25 years after Big Dutchman (BD), the world market leader for modern pig and poultry production, dared to make the move to the emerging markets in Asia, the company marks another milestone in its fast-paced development on the most populous continent of the world: a brand-new regional head office with logistics centre for the Asia-Pacific region was recently opened in Malaysia. Big Dutchman invested nearly 25 million euros in the project.
The location is the largest and most modern centre in the entire Big Dutchman family, which is currently active in 120 countries and has about 3,000 employees. “How can the world’s population be fed in the year 2050, and who will do it?” At the centre’s grand opening, Bernd Meerpohl, CEO of the BD group, focused on this question that BD has identified as the future task it wants to tackle. “I’m sure that many ideas on how to solve this problem will be developed right here,” said Meerpohl and thanked everyone who had contributed to the development and construction of the centre.

Meeting the demand for healthy food

Jan Hofstede, president of BD Asia, explained the substantial investment in Asia: “It’s an important step in meeting the increasing demand for livestock equipment, especially by the poultry sector, in this region of the world.” To him, this location with its 26,000 square meters of storage and office space shows Big Dutchman’s firm commitment to establishing modern and sustainable systems for animal husbandry and meat production permanently in this rapidly growing part of the world.
Six out of every ten hen eggs in the world are laid in Asia. The continent produces nearly a third of all poultry meat worldwide as well as every other finishing pig. These figures should not come as a surprise: 60 percent of the world’s population live in the Asia-Pacific region; the demand for animal products is increasing. “We want to meet this demand by allowing a production that is as secure, clean, efficient and animal-friendly as possible,” said Bernd Meerpohl, and added that this goal requires that Big Dutchman “offers its solutions on site, in close contact with producers and consumers, and takes on its responsibilities as supplier”.

A centre of excellence for modern livestock production

Built just nine years after the previous location, the new centre is five times larger than its predecessor. Malaysia’s capital Kuala Lumpur is only 30 kilometres away. Conveniently located near the large Port Klang container port, the head office and logistics centre fits well into the environment and infrastructure. There is also sufficient room for additional growth.
A solar panel the size of two football fields has been installed on the warehouse’s roof to supply green power. Presentation and training rooms turn the location into a centre of excellence for modern livestock production, one of the reasons why Yang Berhormat Dato’ Seri Ong Ka Chuan, Second Minister for International Trade and Industry in Malaysia, paid tribute to the company from Northern Germany during the grand opening and expressed his gratitude for BD’s commitment. He watched the ribbon-cutting ceremony, which was followed by the traditional and colourful lion dance, as did the Dutch ambassador in Kuala Lumpur, Karin Mössenlechner.

The beginnings of Big Dutchman in Asia are much more modest. In 1992, Jan Hofstede lived and worked in a small, privately owned home in Kuala Lumpur with his colleague, friend and mentor Bo Molin. They did pioneer work: BD, which operates from the small town of Calveslage near Vechta, Germany, was in the right place at the right time and became the most important supplier for livestock production technology in the Asia-Pacific region.
Today, BD has offices in Thailand, Indonesia, Vietnam, on the Philippines, in Myanmar and Australia. “The financial crisis of 1997, the outbreak of the SARS virus, the avian flu and the Great Recession of 2008,” enumerates Jan Hofstede, remembering tempestuous times. He adopts terms from the nautical language to illustrate the stamina that was required to keep the “ship” upright. “We not only survived all these storms, but we moreover held the course and continued to grow at all times.”
Big Dutchman CEO Bernd Meerpohl understands this to be a clear sign for the “high demand for our products in this region of the world”. 25 years after expanding to the world’s most populous continent, more than 800 employees and agents in Asia alone continue writing the story of success of Big Dutchman. 280 of them are based at the new location in Malaysia. This team celebrated the grand opening of the new regional head office with logistics centre together with more than 300 other guests – customers, suppliers and constructors – from all over the world.
Back