Big Dutchman in Ukraine and other CIS-countries 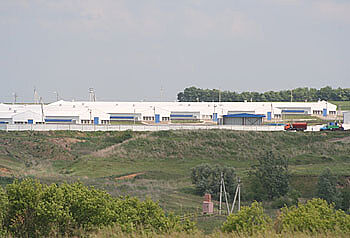 During Kiev AgriHort 2007, held in the Ukraine’s capital, Zootecnica International (March 2007, pp. 8-10) collected impressions and sensations about the development of the Russian and Ukraine markets. In this context, journalists of the renowned Italian journal asked Mr. Torsten Kleingünther to outline Big Dutchman’s activities in Ukraine and in the CIS-countries. Mr. Kleingünther is head of the Big Dutchman-representation in Kiev, Ukraine.

Mr. Kleingünther was first asked to briefly outline Big Dutchman's activities in Ukraine and in the C.I.S.-countries:

“Big Dutchman (BD) is the worldwide market leader for feeding systems and housing equipment for modern pig and poultry management. It goes without saying that our full range of products and services is available in nearly all CIS-countries.

We have entered the CIS-markets only shortly after the dissolution of the former soviet block. This was in the beginning of the 1990’s. And we have stayed there uninterruptedly, even in times of crisis (like the 1998 rouble crisis in Russia) when a lot of Western companies suspended their activities. Hence, BD became known as a reliable partner – of course because our clients appreciated our product range and our service. But also because they knew that BD would not retreat even in hard times. The good reputation we thus established made that we are today represented in 70 per cent of the CIS countries with our own employees, representative offices, or even in the form of company subsidiaries.

Ukraine is also a very important market for BD in Eastern Europe. We have been active here since the middle of the 1990’s and in 2001 BD opened a representative office in Kiev, where we now employ 20 locals. Over the past years, BD has become market leader in Ukraine for the three business areas floor management, cage management and pig production. According to this development, BD is further strengthening and extending the organisational structures in Ukraine in 2007. The first step has been our removal last December into new office buildings which also include a show room. And within a short time we will found a company subsidiary in Kiev”.


Which are the more requested poultry equipments in Ukraine?

“Demand for completely equipped houses (including feeding and ventilation equipment) for broiler meat production but also for cage systems remains strong. Over the past years, BD has installed approximately 3.5 million layer places (cages) and approximately 700 houses for floor production (broilers, parents etc.) in Ukraine”, continued Mr. Kleingünther, who added: “I would like to give some examples: Number one among our bestsellers in Ukraine is the laying battery “Univent”, a state-of-the-art conventional cage system. It is much sought after because it meets our customers’ highest requirements regarding animal health, laying performance and environmental factors. Another BD bestseller is “Fluxx”, a modern feed pan which, due to its sophisticated design, considerably contributes to excellent broiler management results. A third story of success is our management and control system “amacs”. It allows a highly efficient management of layer or broiler houses through permanent data acquisition, real-time control and the monitoring of the houses”.


In your opinion, what are the future trends in the Ukrainian poultry sector?

“Currently we are observing two main tendencies in Ukraine: In the next couple of years, the intensive expansion of production capacity of the leading broiler meat producers and other medium-sized producers will continue to increase. The reason is that the degree of self-sufficiency has not been reached yet. In the area of laying hens, the demand for modernisation of existing old houses with new cage systems is still very large. BD is well prepared: We have ample experiences both in setting up effective, large-scale broiler management systems as well as in providing tailor-made concepts for rebuilding out-dated laying houses. It goes without saying that we deliver only state-of-the-art equipment. And with all the know-how we have gathered at BD we are prepared to meet any requirement our Ukrainian customers may come up with in the future”, concluded Mr. Kleingünther.
Back