Jack DeWitt passes away at age 100 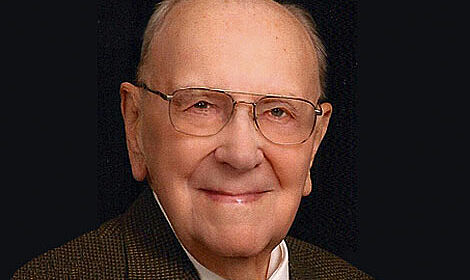 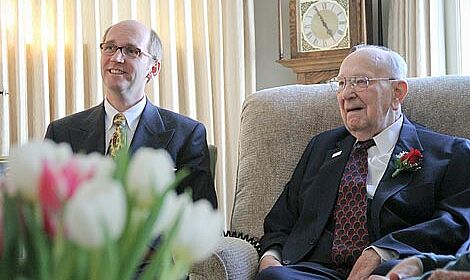 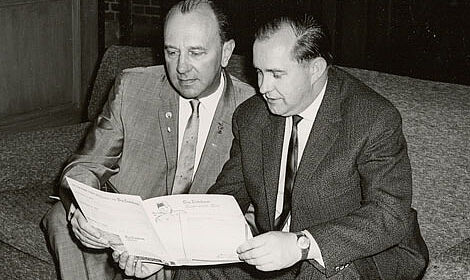 Jack DeWitt passes away at age 100

Jack DeWitt, who founded Big Dutchman in 1938 with his brother, Dick DeWitt, passed away at his home in Zeeland, USA, on January 6th, 2012.  While Jack was only 24 days away of turning 101, Big Dutchman, now a worldwide leader in automated poultry and swine production systems, is almost ready to celebrate its 75th birthday. Jack DeWitt and his brother Dick DeWitt founded the company in 1938 in the U.S. when they set out to market their invention, which would soon revolutionize the poultry industry.

The “Big Dutchman” automated poultry feeder was the first automatic feeding system, featuring the flat chain concept, which remains the most popular poultry feeding technology in the world today. As Dick loved to tell, “we had a pretty good idea that sure beat shoveling out bird feed by hand. We just had to take it out to the rest of the world”.

Jack and his brothers were the sons of Dutch immigrants who settled on a farm near Holland, Michigan. After graduating from College and returning from the service, Jack joined his brother Dick to run a poultry and hatchery business in Zeeland. Here they designed and developed and began the production of the automated poultry feeder.

By the early 1950s, Big Dutchman established itself in the U.S. and was determined to establish plants and sales forces in their Netherlands homeland and other European countries. By 1958, they added a sales representative in Germany, a young farmer named Joseph Meerpohl, who would later become sole owner of Big Dutchman. After numerous overseas trips and earning several awards and federal recognition for his contributions to foreign trade, Jack sold his interest in the company in 1968. He went on to be a community leader with many organizations and responsibilities.

Today, Big Dutchman globally is headed by Josef’s son, Bernd Meerpohl and head-quartered in Vechta, Germany with over 2,000 employees and subsidiaries on every continent. Bernd had been able to meet Jack when he and Clovis Rayzel (president of Big Dutchman Inc.) came to celebrate Jack DeWitt’s 100th birthday.

On January 29th of 2011, hundreds of family and friends turned out at an open house birthday celebration in Jack’s hometown, Zeeland, just a few miles away from Big Dutchman USA, which he began almost 75 years ago. The “Big Dutchman family”, as Meerpohl calls his global company, will always remember Jack as the salesman with an eternal optimism and a simple (but unbeaten) customer-oriented sales philosophy, who took every opportunity to fire up his team with his “keep selling” mantra.
Back