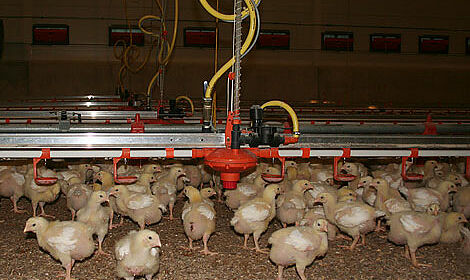 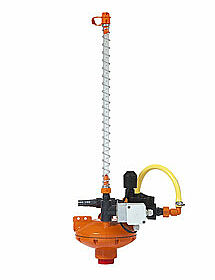 Fig. 4: Comparison of the average individual bird weights for broiler production with and without rinsing system 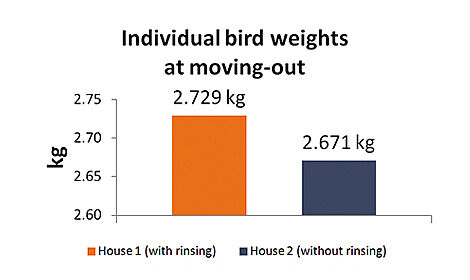 Fig. 5: Taking drinking water samples: Heating (a), 2 minutes of water draining (b), filling a sample into an autoclave container (c) 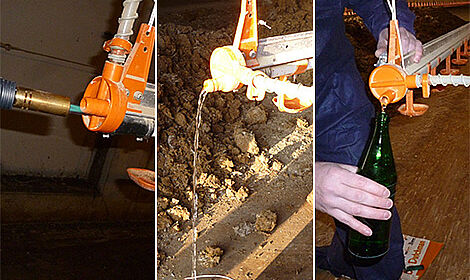 Fig. 6: Results of the bacteriological analysis 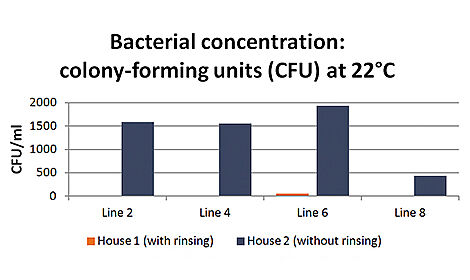 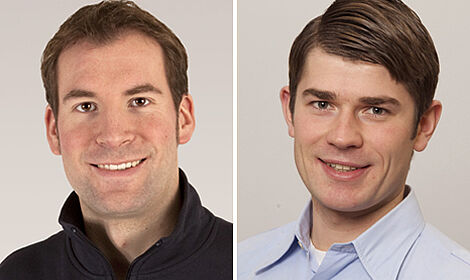 Fig. 4: Comparison of the average individual bird weights for broiler production with and without rinsing system

Fig. 5: Taking drinking water samples: Heating (a), 2 minutes of water draining (b), filling a sample into an autoclave container (c)

Fig. 6: Results of the bacteriological analysis

The topic of improving the quality of drinking water by reducing biofilms is steadily gaining in importance in poultry production. Biofilms are a mix of bacteria and their metabolites. Pseudomonas, Enterobacteriaceae (e.g. E. coli), Clostridia and different cocci are some of the bacteria which cause disease in poultry and which are frequently found in biofilms. Controlling biofilms therefore significantly contributes to improving bird health and minimising treatments with antibiotics.

All chemical substances which are added to the drinking water, such as feed supplements and medicaments, sediment in biofilms. These substances can, however, spread later, even after the treatment has been completed. This is called carry-over. It explains why German government analyses found antibiotic residues in drinking water even though the medication had been administered in the previous grow-out (“Carry-over study” by the North Rhine-Westphalia State Agency for Nature, Environment and Consumer Protection LANUV).

To prevent such carry-over, the German Federal Ministry of Feed and Agriculture (BMEL) recommends rinsing the entire drinking system after treating the batch with medicines (cf. BMEL fact sheet “Application of veterinary medicinal products in the livestock sector”, enclosure 3). Rinsing the drinking system is therefore an agricultural best practice. The waiting time to be observed before slaughtering only starts after this rinsing!

Rinsing is often not carried out properly as it requires much effort when done manually. Technical solutions which can significantly reduce this effort have therefore become necessary.

Big Dutchman has been offering automatic rinsing systems for poultry growing as well as layer management for several years. The poultry equipment supplier carried out a small field study on a broiler growing farm in cooperation with the veterinary group clinic Doctors Windhaus & Hemme, Vechta, Germany to analyse possible effects on performance and drinking water hygiene. One of two identical houses was retrofitted with an automatic rinsing system (fig. 1 and 2). Over the course of several grow-outs, the retrofitted house was compared with the unchanged house.

A 24 V solenoid valve with bypass is installed at each pressure regulator of the drinking line for automatic rinsing. When this valve is opened, the pressure regulator is bypassed and the water from the water connection unit flows directly into the drinking system, at a supply pressure of approximately 1.5 to 2 bar. Due to the high speed of the water during rinsing, biofilms and other deposits are flushed from the inner walls of the drinker pipe. To remove the dirt particles automatically from the nipple pipe afterwards, a rinsing outlet is required at the end of the line. This outlet is used as drain (fig. 3).

A special computer controls the rinsing process according to previously set times. Only one valve is piloted for each rinsing process to ensure that the pressure remains constant. The rinsing times depend on the length of the drinking system. As a rule of thumb, 50 meters of drinking line can be flushed per minute.

At the beginning of each broiler grow-out or turkey and pullet rearing batch, the risk of biofilm formation is particularly high. This is due to a low flow rate of the drinking water and high temperatures inside the house necessary for the birds. Regularly rinsing the drinking system reduces the bacteria count in the water. A further advantage is the constant availability of fresh water, which positively affects the birds’ water consumption and, subsequently, their feed intake. The rinsing process seems to be especially sensible when carried out after the dark phases, during which the water stands in the branch lines. The drinking system should/must also be rinsed after medication was administered (BMEL fact sheet). The following analyses were carried out to document effects on performance and bacteria reduction.

Production data of the test farm

For a detailed analysis of the effects of regular rinsing during grow-out, two identical houses for broiler growing (20 m wide, 94.5 m long) with 40,000 bird places each were selected in the Münsterland region, Germany. The water supply and poultry feeding systems are identical in both houses and consist of four feed lines and eight drinking lines. The automatic rinsing system was retrofitted for all drinking lines of house 1.

Performance was determined based on payments from the slaughterhouse and invoices of the feed supplier. One remarkable finding showed that the live weights of the broilers in house 1 increased after installation of the automatic rinsing system while the duration of the batch remained the same (fig. 4). The average live weight gain for three consecutive batches amounted to 58 g per bird (+ 2.17 %). The examined broilers were from the same Ross 308 breeder herds. The average slaughtering age was 41 days.

Mean values from the three analysed grow-outs showed that the accumulated feed consumption per broiler was 4.16 kg in house 1 (with rinsing), and the water consumption per bird was 6.84 l. For house 2 (without rinsing), these numbers were lower than in house 1: 4.05 kg of feed and 6.71 l of water per bird.  Mortality rates in both houses were similar and between 2 and 2.3 %.

Bacteriological analyses of the drinking water

Water samples were taken from the end of every second drinking line immediately after the end of a batch (fig. 5), i.e. a total of eight samples per house could be analysed. The number of colony-forming units (CFU) was tested at 22°C.   Figure 6 indicates the average number of CFU at 22°C as measured by the laboratory and compares house 1 (with rinsing) with house 2 (no regular rinsing).

The bacteria count for the drinking lines in house 2 is clearly higher than in house 1. The number must be considered to be at an “increased” (100–1000 CFU) or even “alarming” (1000–10 000 CFU) level according to the evaluation key for drinking water published by the Chamber of Agriculture of North Rhine-Westphalia.  The growth potential at an incubation with 22°C proves that the found germs originate from biofilms. However, none of the two houses showed pathogenic germs in the drinking water. The analyses do illustrate the possible growth potential of such germs, though.

This field test was able to prove the increase of final weights after the same grow-out duration in three consecutive batches. The bacteria count in the analysed drinking water samples from house 1 (with automatic rinsing system) were clearly lower. A reduced bacteria load in the drinking water could be the reason for the increase in performance. Only birds whose immune system is not as stressed are able to meet their full potential.

Moreover, poultry is animated to eat and drink more if the offered drinking water is fresh and clean, provided that the environmental conditions remain the same. A further advantage may be the supply of cooler water on extremely hot days, which can prevent death from heat strokes.

The most important benefit for poultry producers, however, is that medication residues from treating a previous batch with antibiotics are reduced (as required by the legislator) by rinsing the drinking system. This simple drinker cleaning system therefore provides poultry growers and egg producers with the option to reduce efforts while at the same time observing agricultural best practices!
Back