“An attractive member of the family” 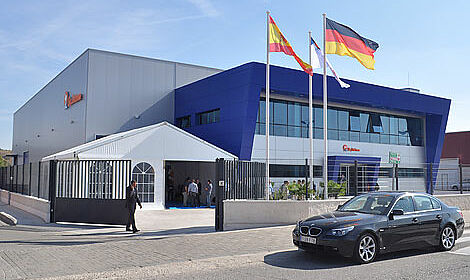 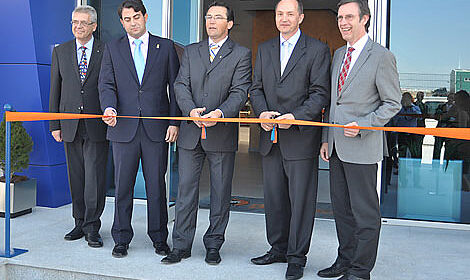 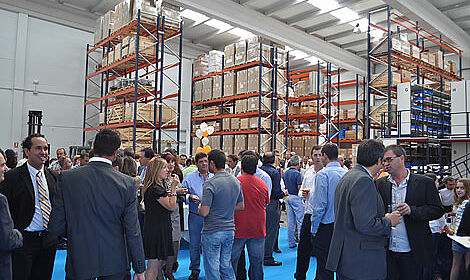 A high-bay warehouse extending over an area of 1500 square metres, a loading ramp, exhibition and meeting rooms as well as office space covering 400 square metres: With these benchmark data the new location in Spain underlines the confidence which the Big Dutchman Group places in its employees and markets on the Iberian peninsula. The world’s leading manufacturer of feeding systems and housing for poultry and pigs inaugurated the new premises of Big Dutchman Iberica with celebrations which attracted great attention far beyond the immediate area of Guadalajara, 45 kilometres east of Madrid. In economically hard times such a degree of commitment there is more than welcome.

There is a strong bond between the parent company and the Iberian Peninsula based on a long, tradition-steeped history. Big Dutchman has been represented there with products and services for agricultural businesses ever since the late 1950s. Since 1993 Antonio Ferrera has been responsible for the business activities of Big Dutchman Iberica on behalf of the German company headquarters and, together with his team, has laid the foundations for sustainable success.

The new building is an important landmark in the ongoing development: Because the land on which the new Spanish headquarters has been erected in the modern “Big Dutchman look”, has been owned by the Group for some years now – and during this time a number of attractive purchase offers have consistently been turned down. This was emphasised by Bernd Kuhlencord, Managing Director of Big Dutchman International (Poultry), in his keynote speech in the presence of 130 guests.

Kuhlencord expressed his thanks to the architects Pedro Pedero, Lord Mayor Jaime Celada as well as BD Supervisory Board Member Dirk Meerpohl, who is responsible for property within the globally active group, thus underlining the impetus created by this multi-million investment: “The obligation to offer our customers the highly professional care they deserve, to recognise their requirements at an early stage and to help them to be successful on the market.” He described the modern subsidiary building in the heart of the Iberian peninsula affectionately as an “attractive member of the family”.

Currently 25 employees are actively engaged in pursuing Big Dutchman business from the new headquarters located conveniently adjacent to a transit motorway.
Back